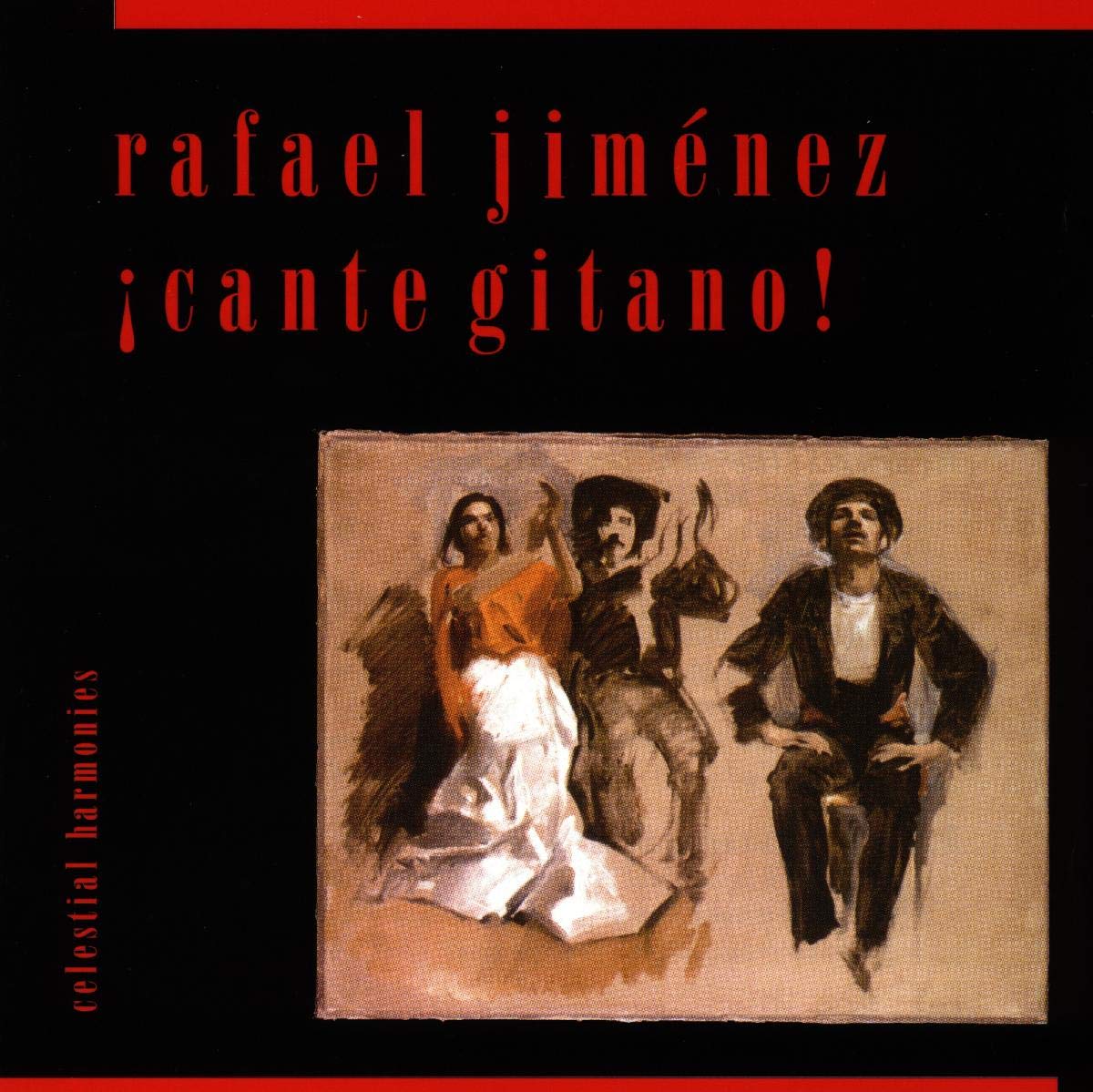 World music has become fashionable only in the last decade - despite the fact that cross-cultural music has been around for centuries. In Spain, the sounds of the Iberian Christians, the Sephardic Jews, and the Moorish invaders percolated together for hundreds of years, but it was the arrival of the gypsies in the 1700s that provided the catalyst for the evolution of a new musical style. That style is Flamenco. Today, the signature sounds of flamenco are easy to recognize; the rapid-fire guitar strumming, the ecstatic hand and foot percussion, and most of all, the fiery, passionate vocals. Rafael Jimenez is a gypsy singer who has mastered the distinctive sound of flamenco singing - a style often referred to as the torn throat because of its raw, emotional impact. Cante Gitano is a remarkable collection of original works for voice, flamenco guitar, and percussion that continues the great tradition of Flamenco while at the same time subtly extending the boundaries of the style.

From the opening seconds of the recording, when the tabla drums of India enter, it is obvious that Cante Gitano is part of a living heritage, not a museum piece. India, of course, is where the gypsy culture is thought to have begun; the use of Indian drums here is untraditional simply because no one had apparently thought of it before. For the most part, though, the music centers on Jimenez and his guitarist, the redoubtable Canito. Perhaps the most striking composition on the recording is the last one, A Enrique El Mellizo, a tribute to one of the great singers of Flamenco's Golden Age in the nineteenth century. El Mellizo, the story goes, was inspired by the chants of nearby Cadiz cathedral to write his famous "i"Malaguena. Rafael Jimenez and a full Gregorian Choir perform a moving tribute and at the same time create a unique sonic tapestry.

"p"Rafael Jimenez has carved a place for himself. Unlike some of his colleagues, he has not fused or diluted Flamenco with rock, salsa, jazz, African, or classical music (all of which have been done within the past decade). But he has allowed the shrinking, cross-cultural world all musicians now inhabit to color his work, without resorting to electronics or studio gadgetry. Recorded in Madrid by Juan Antonio Suarez, who co-composed most of the music, "b"Cante Gitano bears the unmistakable stamp of authentic Flamenco music, and the equally unmistakable sound of that music in the twentieth century. "h3"About the Artist "p"Rafael Jimenez "i"Falo is a Gypsy singer born in Oviedo (northern Spain) in 1964. He started performing at - "i"penas flamencos - Flamenco clubs at an early age and he considers the Enrique Morente "i"pena key to his development as an artist. There, he met Flamenco artists from Andalusia and other parts of Spain who gave him a broad vision of Flamenco art. "p"He attended the Flamencology Seminar at Madrid's Complutenese University thanks to a university grant. At the seminar, he met numerous dancers who greatly influenced his decision to move to Madrid to start his career as a professional cantaor - singer. Since then, Rafael Jimenez has performed at Madrid's top "i"tablaos - Flamenco nightclubs - concert halls, and theaters with the premier Flamenco singers and dancers such as Mario Maya, Enrique Morente, Belen Maya, Maria Benitez, Belen Fernandez and Alejandro Granados, among others. He has also toured Europe, the United States and Japan as a member of several highly regarded Flamenco dance companies. "p"Although Jimenez identifies himself with traditional "i"cante, "b"Cante Gitano also contains some modern elements which satisfy his desire to explore the broad possibilities of Flamenco. For example, "i"Viejando (track 1) incorporates the use of the "i"tabla - a widely used instrument in areas of northern India and Pakistan - and the region where it is thought that the roots of Flamenco may have originated. One of the most intriguing elements contained on this recording is the tribute to Enrique el Mellizo that features a Gregorian choir (track 9). It is believed that Enrique el Mellizo was inspired by the Gregorian chants he heard at the Cadiz cathedral to compose what is known as the "i"Malaguena of Enrique el Mellizo.

Angus is involved with interesting horticultural and fun events, though Covid 19 has lessened what he can go to now. Changing conditions means Angus is developing new and safe ways for people to get involved, watch this space!

Visit the growing collection of landscaping inspiration from Angus and some great landscapers. Learn how Australian natives both old and new are being used in innovative landscaping.....

Good soil is the basis of successful and healthy plant growing. Angus is the doctor of the dirt, the surgeon of the soil, and has many methods to improve your soil, so start digging into his articles.....

Find nurseries and other outlets that specialise in Australian plants, native flower arrangements for special occasions, gardening products and Australian craft and food......

Plant of the Day

A prostrate and beautifully ground hugging form of a very adaptable coastal plant. Flowers are insignificant but the foliage more than makes up for it. ...more

Some of my earliest and happiest memories are of being in gardens and watching plants grow. Nothing has changed for me. So this website is all about sharing my love of plants with you. Having grown up in Australia I was struck by its remarkable flora and I have spent a lifetime working with and breeding Australian plants with the objective of making them more rewarding for gardeners around the world. As well as finding a wealth of information on Australian plants, there are numerous videos and articles on a wealth of other gardening topics to help you grow better plants, whatever their origin. I also have a deep fascination with composting and soil biology which you will also find here. Lastly, check out the shop for a selection of my books and other products that will also help to enhance your gardening experience… Angus