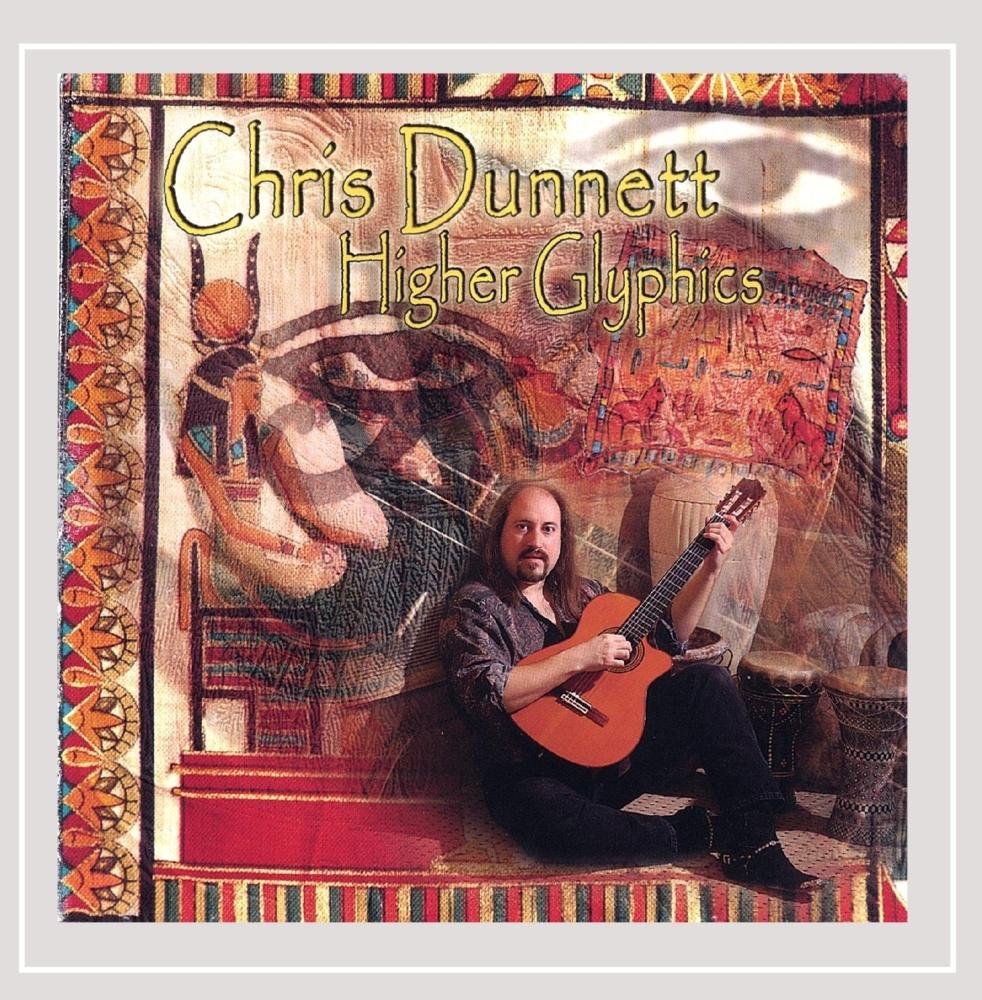 "...if anyone ever had the guts to remake Lawrence of Arabia, Dunnett is the perfect composer to provide the score." -- City Beat Magazine 09/03/03

On his solo debut release, "El Samuraichi", guitarist Chris Dunnett combined a wide range of styles such as traditional Flamenco, Latin, Middle Eastern, Gypsy, and Neo-classical music. His most recent CD, "Higher Glyphics" takes that blend a step further by adding Reggae, Calypso, choirs and Arabian voices to the mix. While "El Samuraichi" has Chris Dunnett's showstopping rendition of "Maleguena", "Higher Glyphics" marks Chris' return to the electric guitar with a fiery solo on the track "Strumz amp; Pharaoh."

More than just guitar-oriented releases, Chris creates a performance that is song-based, musically captivating, and has something for every listener. While still showcasing his guitar abilities, "Higher Glyphics" places the emphasis more in melody and composition. Sit back, listen, and be taken on a journey to far away lands with "El Samuraichi" and "Higher Glyphics."

Since the age of thirteen, Chris Dunnett (pronounced Da-nay) has been a student as well as a teacher of guitar technique and theory. Much more than technical ability, more than simple mechanics, Chris Dunnett exhibits melody, feel, and style.

Chris is well versed in various styles, ranging from numerous rock forms to flamenco, classical, fusion, and fingerstyle new age. His songwriting began almost the moment he picked up the guitar. His instrumentals create moods and textures rather than "just solos."

In addition to gaining recognition for his production skills, writing, and musicianship, the following are some of Chris Dunnett's other accomplishments. * Has performed on TV, tracks from "El Samuraichi" including live on Fox TV. * In 2002 Chris was accepted to showcase at 3 music industry conventions, the 2002 Millenium Music Conference in Harrisburgh, PA, the Midwest Music Festival in Indianapolis, IN, and the Midpoint Music Festival in Cincinnati, OH. * Has appeared in and received great reviews in numerous magazines both in the U.S. and internationally. Some of these include Burrnn!!! (Japan), Underground Empire (Germany), Music Connection, Marshall Law, Recording, (U.S.), as well as other magazines in Italy, France, England, and Belgium. * Has received airplay in Germany, Greece, and over half of the U.S. * Has gained recognition for his guitar playing from Guitar Player Magazine, Ritchie Blackmore, John Stix of Guitar Magazine, as well as guitar virtuosos such as David T. Chastain, Scotty Anderson, Rik Emmett, and Stevie Blaze. * Has several independent releases with various band projects, and has scored music for two films. * Was nominated for a Cincinnati Entertainment Award. *Also plays mandolin and keyboards.

Stories from the Field

New Publications at the Survey

The Wisconsin Geological and Natural History Survey (WGNHS) has been serving Wisconsin for over 100 years. Part of the University of Wisconsin-Madison Division of Extension, we provide objective scientific information about the geology, mineral resources, and water resources of Wisconsin.

WGNHS has reopened its offices as of July 6, 2021, in accordance with guidelines from the Division of Extension and UW–Madison.
Read more...

Learn about our research

Question about
Wisconsin geology?
Contact one of our experts!

Join us on social media

© 2020 Board of Regents of the University of Wisconsin System | Privacy