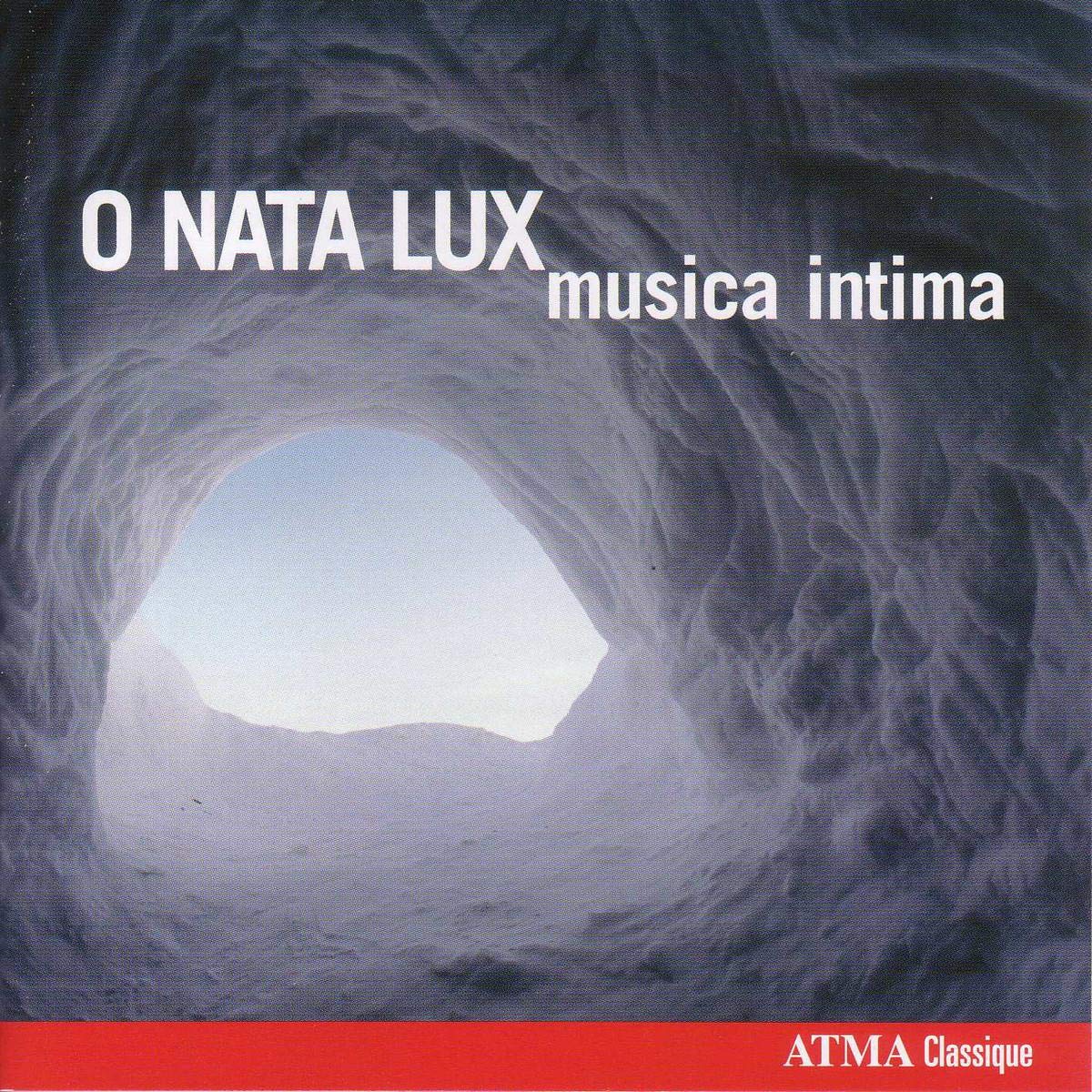 International products have separate terms, are sold from abroad and may differ from local products, including fit, age ratings, and language of product, labeling or instructions.

I know this extraordinary Canadian mini-choir (12 voices) from their stunning previous holiday release (NativitÃ©, N/D 2003, p 254). One of their chief distinctions is that they perform as chamber musicians do: without a conductor. That means their membership is restricted to singers of consummate skill and musicality. Their program is a lovely and eclectic one, with few familiar or traditional pieces. Their carol arrangements are complex and contemporary sounding; a number of them are from Canadian composers and arrangers.

Everything's a treat, but let me stick to some high points among the 19 selections. Jonathan Rathbone's jazzy and joyous arrangement of `Gabriel's Message' was originally done for the Swingle Singers. The title piece, `O Nata Lux', is an especially radiant and gentle number by young American composer Seth Garrepy (it gave me goose bumps). The two pieces by Benjamin Britten (`Jesu, as Thou art our Savior' and `A hymn to the Virgin') are exceptional--as is Herbert Howells's flowing `Sing Lullaby'. The other American standout is Eric Whitacre, whose `Lux Aurumque'--with its luminous tone-clusters-- is simply devastating. Stephen Smith's simple, Scottish-toned `Baloo Lammy' is a pastoral little gem. Jonathan Quick's `Angels from Heaven Came' is an ethereal marvel that makes you think you're being personally serenaded by all the "multitude of the heavenly host"--quite an achievement for only 12 voices!

If you haven't heard this choir yet, you simply MUST--they're quite the sensation among Canadian ensembles. While they own any choral virtue you can think of, my highest praise is for their incredibly tight sense of ensemble and vocal blend. As I've said before, it's as if each of their four sections is singing with a single, rich voice. My only minor gripe is that the recorded sound is a bit boxy--as if from a confined space. Yet none of the group's sweet sonorities are clouded or indistinct. The booklet leaves nothing to be desired. -- American Record Guide, Lindsay Koob, November 2009

It's funny how new music is so much more palatable when it's sung by a chorus and accompanied by eggnog, or mulled wine, or other libations commonly served up after Lessons and Carols. The excellent a cappella group Musica Intima, described as a "distinctly Canadian ensemble" (whatever that means) starts this set of 19 carols and anthems with a lovely version of "In dulci jubilo." But that medieval melody is answered on the adventurous side by Jonathan Quick's "Angels From Heaven Came," written in two keys and full of all kinds of strange effects. In between is "Jesus Christ the Apple Tree" and modern rethinkings of "The Wexford Carol" and the Basque carol "Gabriel's Message." It will be a bit modern for some tastes -- the harmonies are sometimes so tart that you can taste them. But on the whole, it goes down easy. -- The Buffalo News, Mary Kunz Goldman, December 21, 2008

Explore A to Z