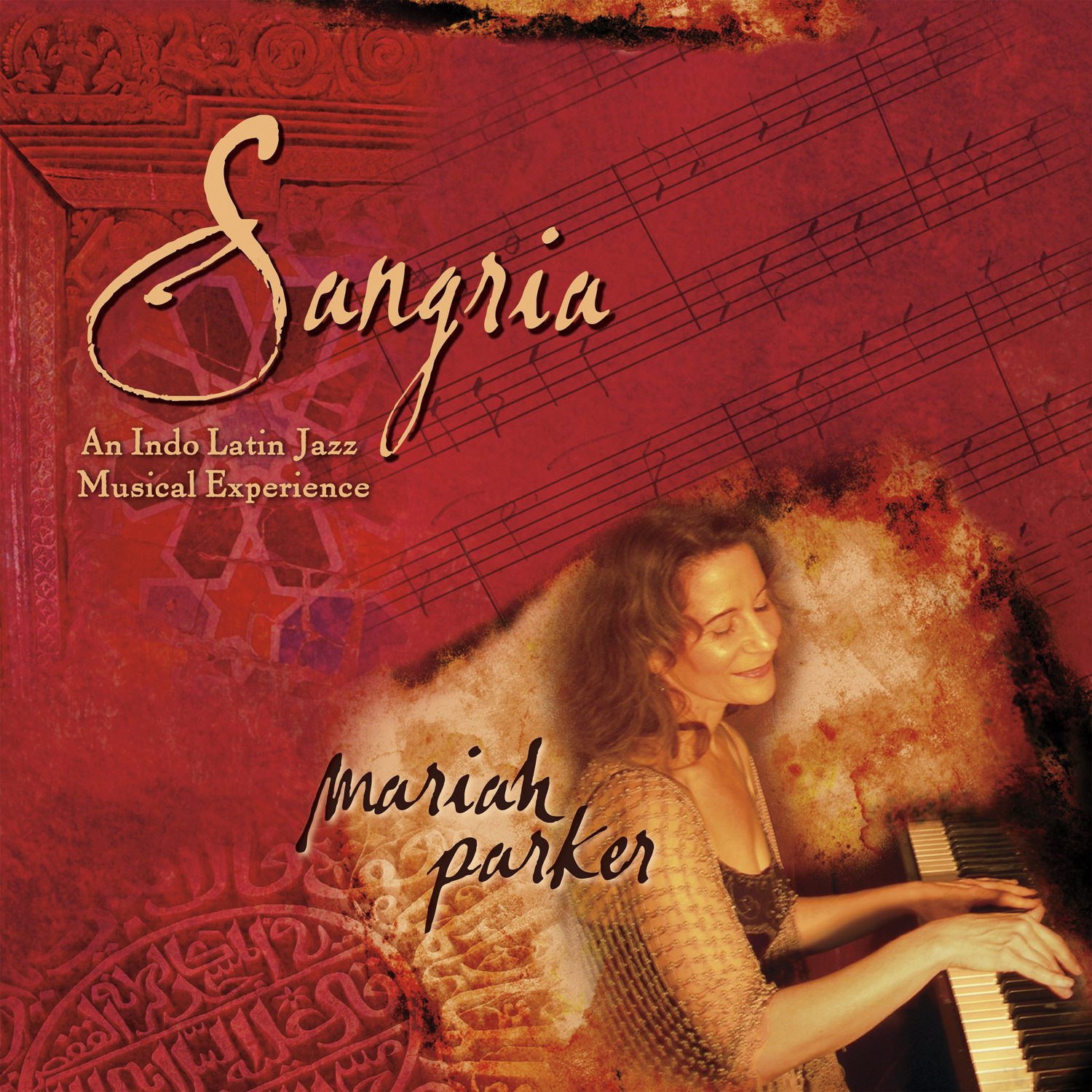 "h3"Review "p"This debut as a leader by pianist/multi-instrumentalist/composer Mariah Parker (who performs regularly with the trendsetting world music collective Ancient Future) unveils a collection of eight original instrumental scores. Labeled as an Indo-Latin jazz musical experience, Parker and friends blend the rhythmic syncopations of Latin jazz music with the entrancing, asymmetrical meters of East Indian rhythms resulting in first-class world music. Intriguing melodies that draw musical inspirations from the tempos of Brazil, Cuba, India, and Spain make for an uplifting serene yet passionate musical journey into an ideal world. Contributing to this production are Matthew Montfort (a pioneer of the scalloped fretboard guitar, an instrument combining qualities of the South Indian vina and the steel string guitar); woodwind virtuoso Paul McCandless, Kash Killion (bass/multi-instrumentalist), Mindia Devi Klein (bansuri/flute), Anuradha Pal (the world s premiere female tabla player), Duru Demetrius (Latin percussion), and Debopriyo Sarkar (tabla/percussion). Standouts include the opening track Waterwheel, the title track Sangria, Debajo de la Lluvia, and Tenth Journey. --Rudolph Mangual, Latin Beat Magazine"br""br"This album with its mixture of East Indian and Latin rhythms was a terrific audio surprise. Ancient Future pianist Mariah Parker throws some quirky jazz into her World fusion mix and the results are quite appealing. Overall, the music has that upbeat Latin tempo, but it is created with Middle Eastern percussion. Rather novel I should say. Sangria is the everything goes wine and fruit mixture made popular by the Spanish and the heady concoction's name applies to this rather intoxicating blend of music styles. Mariah starts o! with a glorious ensemble tune called Waterwheel. If Dave Brubeck were doing something with a Latin beat, it would come out sounding like this. Great tempo and terrific flute and bass fill this song with motion and energy. The eight-minute title tune Sangria is a wonderful piece that gets much of its charm from the exotic zither or santur and an amazing solo from the cello. Just the right balance of East and West. Paul McCandless' English horn is the haunting lead on the song Tenth Journey. The unique song has some crazy scat intonations a la Bollywood themes and the tune is simply sublime. This is Mariah's solo debut album and it begs the question 'Where has Mariah been hiding all these years?' --RJ Lannan, ZoneMusicReporter.com

This collection of eight original instrumentals by Mariah Parker is just one of many examples of the infusion of East Indian music into Western music, but to my ears one of the most successful. There are also influences of Spanish folk, flamenco, Afro-Cuban and Persian music. Indian tablas and bansuri flute are heard on many of the tracks, and noted English horn/soprano sax artist Paul McCandless graces two of the tracks. Guitarist Matthew Montfort plays a special scalloped fretboard guitar, and on the track Tenth Journey, a typical Hindustani rhythmic vocal improvisation is featured. There are also interesting alternate time signatures which add to the exotic blend of instruments. This album grew out of the path-breaking work of Ancient Future, one of the first ensembles to explore the now-active genre of world music. --John Sunier, Audiophile Audition